This event has concluded, however we will still be accepting contributions until May 28. Thank you to all who have contributed and who came out!
As a part of Open Culture NYC, ShapeShifter+ and MOMENT NYC will be presenting a day of performances in front of ShapeShifter Lab’s home base at 18 Whitwell Place.
Featuring:
The Fat Afro Latin Jazz Cats –
12:20pm (Combo taught by Bam Bam Rodriguez)
1:00pm (Combo taught by Jim Seeley)
1:45pm (Big Band taught by Zack O’Farrill)
Bev Grant – 2:30 pm
Friends of Groove Collective – 3:15pm
Take Off Collective – 4:30pm
Gilberto and Friends – 5:15pm
This event is free and open to the public, but contributions are encouraged, and proceeds go to the musicians. $10 is our suggested price, if you would like to make a donation please enter an amount in the box below.

On May 23rd, we will be kicking off a full day of performances starting at 12:20pm with the Fat Afro Latin Jazz Cats. This will all be taking place in front of ShapeShifter Lab, at 18 Whitwell Place between 1st and Carroll Streets. This event is free and open to the public, but donations are encouraged and support the performers!

Our indoor art exhibition “Infinite Space,” will be open for viewing during the festival. If you would like to come inside to see the exhibition, you will need to fill our a quick online health screening and have your temperature taken at the door.

If you plan on attending this event, please wear a mask and continue to socially distance from others. We will not be selling food or beverages. Please also note that in case of rain, we will move inside ShapeShifter Lab, but will have an extremely limited capacity and will operate on a first come, first served basis.

Take Off Collective members Ole Mathisen (sax), Matthew Garrison (bass) and Marko Djordjevic (drums) became friends at Boston’s Berklee College of Music as the second millennium was winding down. Since then, they have built careers as bandleaders; sidemen to world renown notables as well as unique and innovative instrumentalist.

Their eclectic tastes, penchant for honest and unpremeditated improvisation and a thirty-year strong friendship brought them to a musical situation different from any other they have taken part in to date.

Neither leaders nor sidemen, they are real-time composers and performers of music that is invented on stage in front of an audience. Their music has been described as virtuosic, adventurous, intense, innovative, disorienting, provocative, engaging…

Each Take Off Collective concert is a moment ceasing, supremely intimate, music-transcending event. 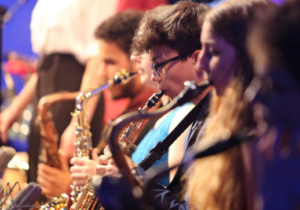 The Fat Afro Latin Jazz Cats (aka the Fat Cats) are the pre-professional training ensembles of the Afro Latin Jazz Alliance (ALJA). Founded by Arturo O’Farrill in 2012, the Fat Cats is a free program, made up of three ensembles (two combos and a big band) of students from across the city who audition to join and rehearse every Sunday. They are instructed by members of the Grammy award-winning Afro Latin Jazz Orchestra, Jim Seeley and Bam Rodriguez, as well as Zack O’Farrill, Director of Education Programs at ALJA. Fat Cats offers students a unique opportunity to learn repertoire that is not taught to any other high school-aged ensemble, focusing on Afro Latin music by composers from different countries and different generations. 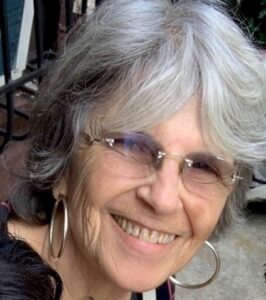 “Bev Grant still looks like a kid, but she has been a constant source of inspiration to me for almost 40 years… a brilliant feminist pioneer with a true rock and roll heart! What’s not to love?” – Anne Feeney

Winner of the 2017 ASCAP Jay Gorney songwriter award and the 2017 Joe Hill Award, Bev Grant grew up singing and playing in Portland, Oregon, where she began her performing career as a child in a band with her two sisters. After moving to New York City, she devoted herself to topical songwriting and social activism, notably in her band The Human Condition. Bev is featured on the Grammy-nominated Best of Broadside album and is the founder and director of the Brooklyn Women’s Chorus. Her song “We Were There” has become an anthem of women in the labor movement, and many other of her award-winning songs can be found on her numerous recordings. Bev has just released her new cd entitled “It’s Personal.” 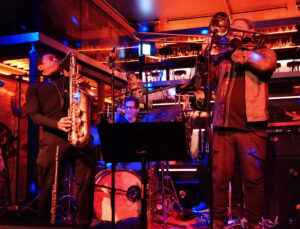 Over the past 25+ years, Groove Collective has morphed through various forms and traveled the world but always maintained NYC as its home base. Founding members Chris, Genji, Jay, and Josh will be joined by local friends old and new for this special Open Culture event. Groove Collective’s 2007 album “People People Music Music” was nominated for a Grammy for Best Contemporary Jazz Album but their sound has always crossed the lines of jazz, hip-hop, Latin, funk, soul, disco, and beyond, with their mix of multi-cultures, community, and family clearly inspiring their genre-defying sound. Featured guests live and in the studio have included Fred Wesley, Bernie Worrell, Vernon Reid, Chucho Valdez, Ravi Coltrane, Tom Browne, and founding members of Groove Collective have backed up Tupac Shakur, Sugar Hill Gang, Celia Cruz, Ultra Nate, Steely Dan…and too many more to name here…As a true collective, Groove Collective has shared their souls and spirit with an ever-changing cast of characters, members and guests who have made their name in punk, fusion, Latin, jazz, hip hop, house, and traditional music from around the globe. Ultimately, Groove Collective’s sound can best be described as a New York sound – the sound of open progress and mixed traditions.

More to be announced 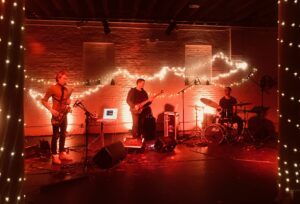 Take Off Collective members Ole Mathisen (sax), Matthew Garrison (bass) and Marko Djordjevic (drums) became friends at Boston’s Berklee College of Music as the second millennium was winding down. Since then, they have built careers as bandleaders; sidemen to world renown notables as well as unique and innovative instrumentalists.

Their eclectic tastes, penchant for honest and unpremeditated improvisation and a thirty-year strong friendship brought them to a musical situation different from any other they have taken part in to date. 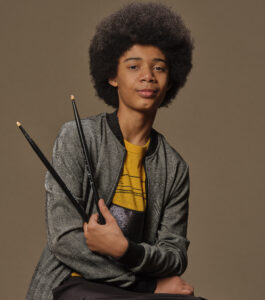 Gilberto entered onto the national stage, winning both critical and audience praise and performing for over 1 million theatergoers, as Freddy, the drummer, in the National tour of Broadway’s “School of Rock”. “Gilberto Moretti-Hamilton… is a rock star on the drums, watching him go to town is so inspiring!”

His project, Gilberto and Friends, which features a hard driving group of NYC jazz & rock veterans, debuted at Shapeshifter while Gilberto was still a pre-teen. He is proud of being part of the Shapeshifter family and excited about this special event. Gilberto and Friends’ stellar line up for this occasion includes Vana Gierig on keyboards, Mark Peterson on bass, Sly Scott on sax and Gai Prathan on guitar.

About ShapeShifter+ and MOMENT NYC

ShapeShifter+ is a 501(c)(3) non-profit organization that focuses on the advancement of innovative artistic voices. Our mission is to provide opportunities for all artists and organizations to creatively and freely realize their vision.

Founded in 2014 by Matt Garrison, Fortuna Sung, and Ravi Coltrane, ShapeShifter Plus seeks to promote human genius (especially when humans of all ethnicities collaborate) and to push the boundaries of what is considered a “presentable” work of art.

We are set to host over 250 events this upcoming year, with programming centered around our community, black arts and culture diaspora, education and an extensive cast of brilliant artists.

Since the pandemic we have moved all events online broadcast from ShapeShifter Lab and at remote locations, where we have presented a multitude of live-streamed concerts for audiences across the world. Our goal is to save our stage, fully engage our programming for 2021 and beyond, sustain our educational and community initiatives, and support musicians and our production team. We look forward to partnering with MOMENT NYC for this exciting NYC Open Culture event.

MOMENT NYC is dedicated to the preservation of NYC music diversity past and future. We provide cultural community-oriented programming built around New York City music communities and history with an emphasis on cross-cultural and cross-generational harmony, dialog, and stories.
Over the past year our inability to gather to experience live music has been one of our greatest losses. With its power to communicate what words cannot, build communities, and synchronize our very beings, music is so much more than entertainment or a commodity. Music is at the core of all known cultures. At music’s essence are the harmony, emotion, and cycles that deepen our connection to the physical world. We are extremely happy to play a role in bringing live music
back to live audiences this summer in partnership with ShapeShifter+ and the NYC Open Culture program.

MOMENT NYC programming is supported, in part, by public funds from
the New York City Department of Cultural Affairs in partnership with the City Council.

MOMENT NYC is a 501c3 nonprofit organization, all donations are tax-deductible to the full extent of the law.