If you plan on attending this event in person, please read the “audience notes” tab below. In-person attendees will have access to this performance via Video on Demand on our website after the show.

Upon purchase, you will be brought to a Thank You page where you will find a blue link.

Make sure to check the settings on your device for audio and video.

We are excited to welcome you back into our space. Attendees must wear masks and have their temperatures checked upon arrival. We recommend purchasing tickets ahead of time, as we are currently only accepting cash at the door. Please read our Covid Safety Protocol page for a full list of guidelines. 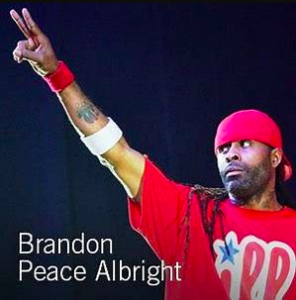 Brandon “Peace” Albright, (Choreographer, Artistic Director) founder of Illstyle & Peace Productions, has over 20 years of experience in the various styles of hip-hop dance. He brings energy to the stage and presents a cogent voice in theater. Intrigued by the universality of hip-hop, Brandon seeks inspiration from other dance and art forms to make his blend of dance. He was an original member of the Philadelphia-based crew Scanner Boyz and has danced for major recording artists such as Schooly D, Will Smith, Tuff Crew, Boyz II Men, LL Cool J, Run DMC and the Beach Boys. 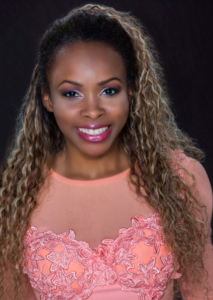 Some of Erica’s choreographic credits include being a guest choreographer for Dancespora Ballet, Gabrielle Lansner’s, “River Deep” musical(contributing choreographer), Brooklyn Philharmonic Youth series, a 2 year residency for the Tropicana show at The Cuban, “Ritmos” at The Adrienne Theater (Philadelphia) , Law and Order: SVU, Habana en Movimiento, and “Rumba Mujer!” at the Peggy Theatre.

Most recently her choreographic work, “Rumba Caliente,” has been chosen to showcase at the 2021 Women in Dance conference celebrating Katherine Dunham. 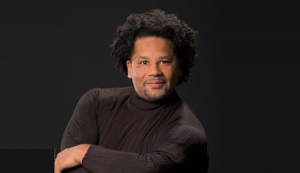 Jamel Gaines is the Founder and Artistic Director of Creative Outlet, a highly acclaimed performing arts organization with a proven record in training the next generation of professional dancers and artists.

Jamel’s more recent choreography includes the crowd pleasing presentation streamed live across the internet during Spike Lee’s Annual Tribute Concert to Michael Jackson (August 2017) and televised choreography and dramatic performance by contestants on So You Think You Can Dance. (2010).

His work has been staged by the Actors Theater Workshop, The NYC Department of Parks, Alvin Ailey American Dance Center, the Paramount Theatre and The Martha Graham School.

In addition to CO, Mr. Gaines serves as the director of St. Paul’s Eldad Medad Danced Ministry, which seeks to find a spiritual path through movement. His work at St. Paul’s includes “He Got Up”, the commemoration of the African Holocaust and the acclaimed “Black Nativity” for which he won an Obie Award. 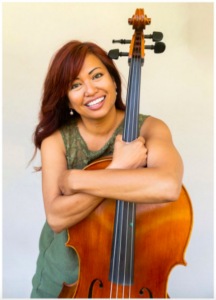 Rose Mallare is an acoustic and electric cellist. She has toured the states as a Radio City Rockette, and flew around the world as an aerialist performing with De La Guarda, Fuerza Bruta, Lady Gaga and more. As a cellist, she was named the first electric cellist to play at the Vatican during a papal mass under the music direction of Thomas C. Kurt. Many thanks to PH for this opportunity to perform in NYC! For more info, please visit Rose’s socials on Linktr.ee/rosemallare

Corrado Verini is a Lighting and Multimedia designer, Technical Director and Production manager for theatre & dance.

Born and raised in Rome, Italy, he has toured worldwide and collaborated with a wide diversity of artists from Momix, Moses Pendleton and Peter Sellars to Peter Brook and Daniel Ezralow. His work ranges from dance performances to massive land art projects to Operettas.He is currently the lighting and AV supervisor at the Guggenheim Museum Theatre in NYC.

Philip Hamilton is recognized as a leading contemporary composer of music for dance. His music has been hailed as “powerful” and “explosive” by the New York Times. Hamilton is the recipient of the New York Dance and Performance Award (Bessie) for his Body of Work in the field of Composition for Dance. He has composed for the world’s leading choreographers and dance companies, including the Alvin Ailey American Dance Theater, Judith Jamison, Ballet Austin, Ron Brown, Ballet Hispanico, Rennie Harris, Robert Battle, Dancing with the Star’s Mia Michaels, Complexions and Ann Reinking, the Tony award-winning choreographer of Chicago and Fosse. “Ezekiel’s Wheel”, Hamilton’s critically acclaimed work with choreographer Danny Buraczeski is hailed as “a modern masterwork” in the Minneapolis Star Tribune.